Stonehenge has long held an aura of magic and mystery and, like many ancient monuments, the full story behind its creation remains unknown. Just who built the stone structure, and for what purpose was it erected? No one knows for certain the answers to these questions, but there are certainly enough theories going around to occupy a person’s imagination for quite some time.

Found in the county of Wiltshire, England, on the Salisbury Plain, is one of the world’s most famous and recognizable structures. Stonehenge, which has been dated to around 3100 BC in its earliest phases of construction, consists of a circular arrangement of large standing stones. The stones themselves aren’t believed to have been erected until around 2400 – 2200 BC.

These massive stones, some weighing up to 45 tons, were brought to the site from a number of faraway locations. It is currently unknown which methods were used to transport the stones from their original resting places, but the theories range from supernatural intervention to ancient men with ropes.

Various theories have also been proposed to explain the purpose of the ancient monument. Some people believe Stonehenge was constructed as a secular calendar or astronomical observatory, while others suggest that the stones mark the location of an ancient healing site. Other theories propose that Stonehenge was built on a sacred religious site, used in ancient rituals.

Though no one knows exactly why Stonehenge was built, it’s certain that the ancient stone circle has captivated our imaginations for thousands of years. Undoubtedly, this will continue well into the future, as the archeologists of tomorrow work to unlock the secrets of this magical place. 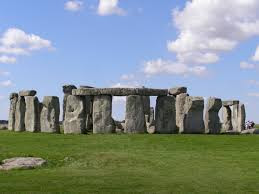